Belly dancing provided the key to understanding the paradox of modern Middle Eastern society that had started me on my quest of self-discovery. The belly dancers I met were strong women who, despite social biases and cultural taboos, revered their femininity and insisted on expressing it. They felt dancing was their "calling" and that to suppress their natural talents and urges would be unnatural. 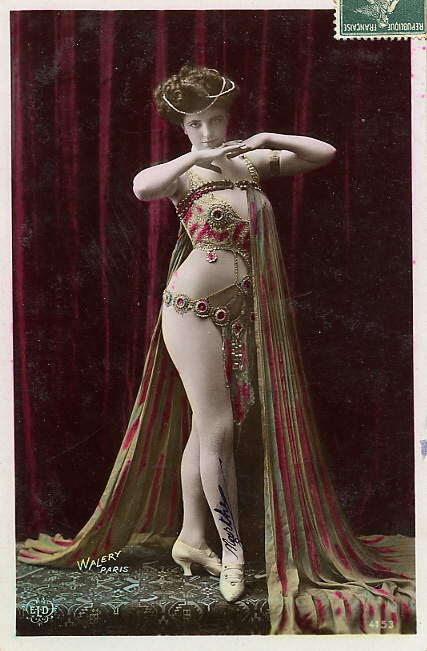 Despite the misconceptions of Western patriarchy, the goal of the belly dancers I met was not to please or entertain men! On the contrary, their highest purposes were self-fulfillment and self-esteem. Most became entranced with dancing as young girls while spinning their hula hoops. Their incessant gyrations led to their first encounters with an altered state of consciousness. They became "addicted" to the hula hoop and danced to satisfy themselves, not others. The very fact that these girls were pre-pubescent confirms to me, anthropologically, that their love for belly dancing was not sexual in origin, but something much deeper. 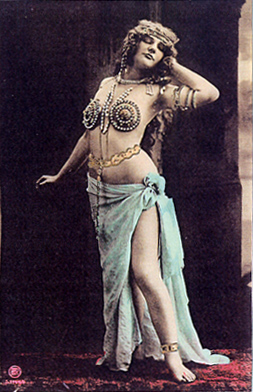 As the belly movements of these girls improved, so did their stature and esteem within their communities. The best performed acrobatics with their abdomens while keeping their head, arms and feet still. A dancer's ability was self-evident to those who watched her. The better dancers became role models for younger girls and women. The best dancers became divas respected throughout the community. A wonderful example is Nagwa Fouad of Egypt. She could move her belly while the rest of her body stood as still as a stone. Her performances were athletic marvels, the envy of Olympian athletes and Bolshoi ballerinas alike. She became a superstar and a role model for generations of young Egyptians.

Belly dancing offered women opportunities for advancement and betterment in Middle Eastern society. Successful dancers could support themselves and, thereby, avoid the inevitability of a forced marriage and dependence on a male bread-winner. In Turkey, I saw amateur dancers organize  informal support groups that nurtured and supported each other. These groups were especially therapeutic for battered women. A network of supportive sisters, combined with the therapy of dancing itself, helped these women reclaim their self-respect. 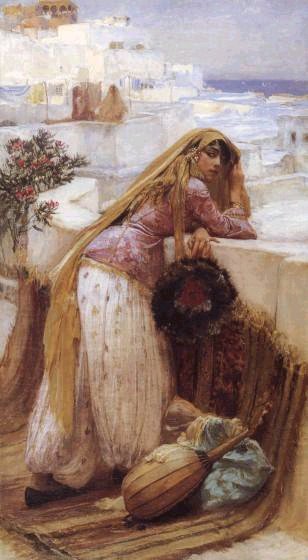 One very practical and widely-known benefit of belly dancing is its ability to ameliorate the travail of childbirth. All the dancers I met, who were mothers, testified to this fact. And each recounted how their own mothers and grandmothers had passed this knowledge to them. I found it interesting that belly dancing, which itself had been born out of ancient procreative rituals, was beneficial to women nine months later at the time of birth. Was belly dancing a product of natural selection? Or were women just intuitively reconnecting to their female progenitors? Either way, the benefits of belly dancing to female health and spirituality are undeniable. 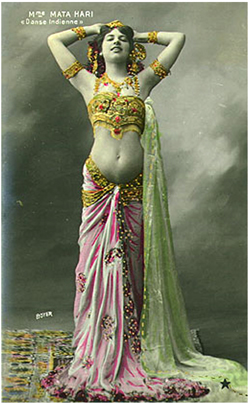 Belly dancers in the Middle East have been and are today the facilitators of change and reform in their patriarchical societies. On individual and community levels, they are helping to promote the dignity of women and female sexuality. The international appeal of belly dancing is helping to transcend national borders. In primitive tribes, cultural change was most frequently brought by women. In modern culture, belly dancing demonstrates that the same may be true today. 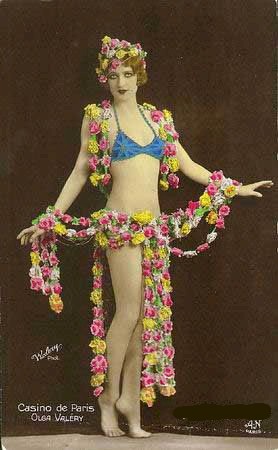 Finally, there is one other contribution belly dancing has made to society that is especially dear to my own heart...its influence on fashion! When I was a little girl, my grandmother, who was half Egyptian, told me how Hollywood directors came to the Middle East in the 1920's in search of women to star as dancers in their movies. These women traveled to Hollywood and influenced the styles which were used in the films of the time. Then, when the movies were shown in the Middle East, they, in turn, influenced the fashions of Middle Eastern women. As my grandmother said, "Every woman wanted to dress like Mata Hari!" 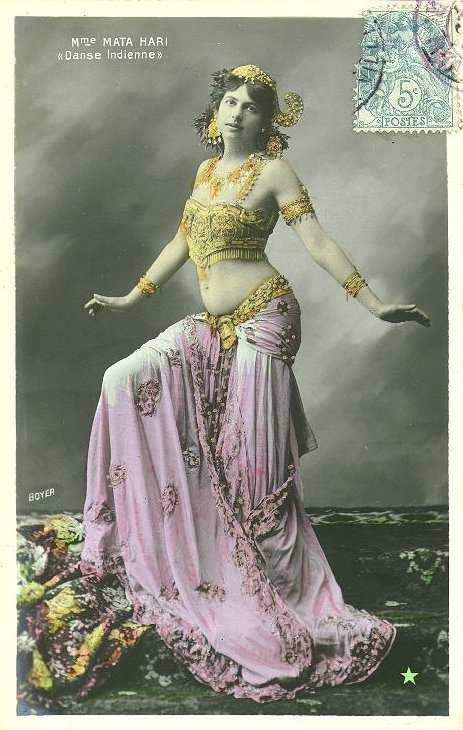 My grandmother would be shocked to know that until the 8th century BC, nudity was the norm for the female dancer in the Middle East! Ironically, the rise of patriarchy in the Middle East also brought with it the rise of women's fashion! The iconographic record of the time shows that in the 8th century BC the nude female was superseded by the image of the semi-nude female adorned in robes, belts, and jewelry! Haute couture was discovered by the priestesses of Aphrodite and the belly dance costume was born! 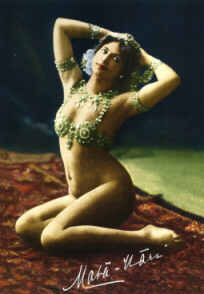 Since the 1920's, and the influence of Hollywood, the costume has become an essential part of the belly dance. The costume serves to accent the dancer's movements and heighten the viewer's experience. It creates a spellbinding blend of motion and color, that is flashy, yet feminine. 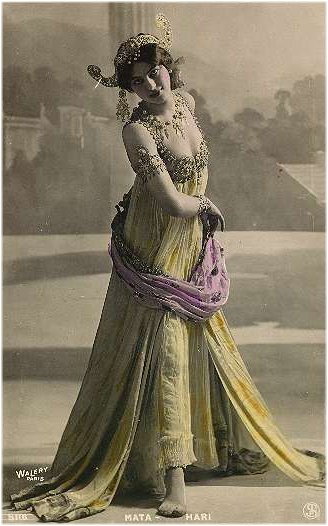 The costumes at BellyDanceCostumes.com are specially crafted to facilitate a magical dance experience. Each sequin and bead of every designer bra and belt is hand-stitched, just as they have been in the Middle East for generations. Days are required to complete a single costume. The process is painstaking, but the result is a work of art unique in all of Mother Universe! 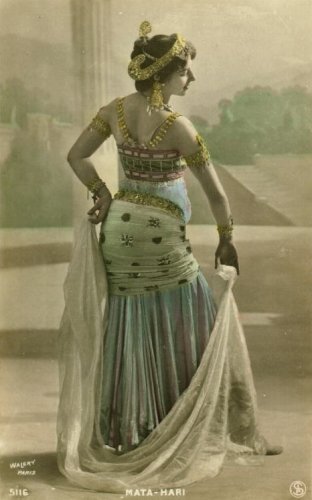 My cabaret costumes are the finest in quality and are designed to withstand vigorous dancing! Each costume is edge-wired for comfort and flexibility. Our fringe is made of the finest Czech glass beads. My costumes are not stiff and will not lose beads when dancing. Each costume comes complete with seven pieces--bra, belt, skirt, veil, two wristbands, and a crown. 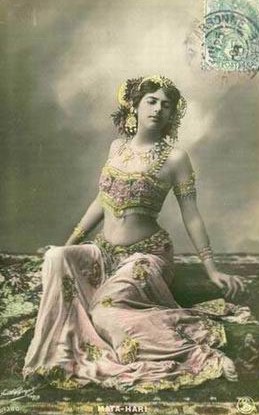 My purpose at BellyDanceCostumes.com is to help preserve the ancient tradition of women's dance by offering authentic, Middle Eastern belly dance costumes at affordable prices. By authentic, I mean a costume that is one-of-a-kind, not mass produced, made by an individual artisan who puts days, even weeks, of effort into her creation. I hope you find something here that titillates your dancer's fancy! Enjoy your visit to the sacred world of women's dance and return again soon!

Your sister in sacred dance, Lila 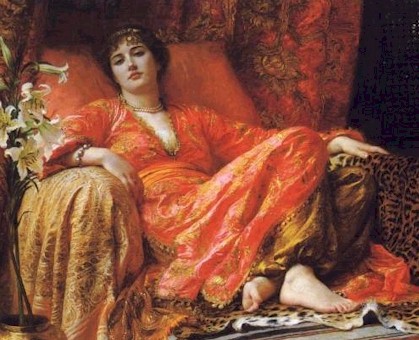